The Problem with Plastics 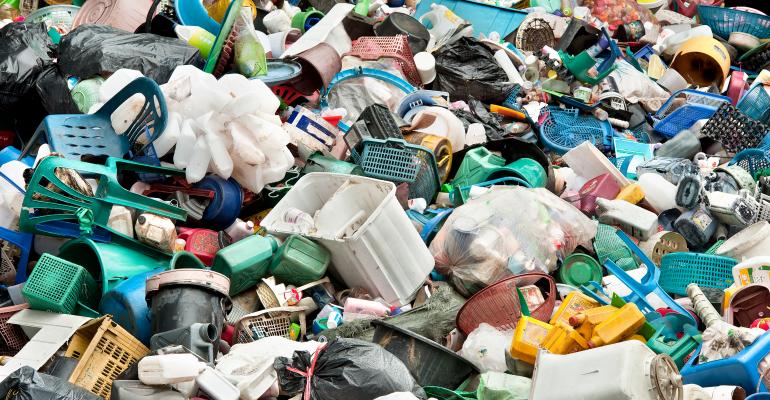 In this month’s edition of Business Insights, we discuss a few of the thorny issues surrounding plastics recycling and plastics pollution. This is likely to be the first of a number of newsletters on this topic.

The Anti-plastic Backlash in Response to Very Visible Pollution Problems

Over the past several months, in particular, there has been intense media coverage of marine plastic pollution, as well as the various difficulties in recycling plastic effectively, and the consumer product companies’ (brands) and plastics manufacturers’ efforts to counter the backlash and respond to the recycling issues. From the viscerally disturbing images of dead whales with stomachs full of plastic and sea turtles harmed by plastic straws and plastic six-pack rings, to the frequently cited figure that only 9 percent of the plastics that have ever been produced have been recycled, to the increasingly frequent articles and instances of the landfilling or incineration of low-value recycled plastics, a plastics backlash has seemingly emerged that has recently resulted in a number of government bans and corporate pledges to reduce plastic packaging use and/or increase recycled content.

Bans Cropping Up All Over

Plastic bans, most frequently targeting specific items like straws or plastic bags, began on the local level at municipalities of all sizes, but predictably in West Coast cities like Los Angeles and Seattle. In a number of cases, this has prompted (mostly) GOP-led state legislatures in 11 states to pass preemptive laws stopping the local bans. However, more recently, states have gotten into the act, starting, again unsurprisingly, with California banning plastic bags, followed by New York and with several other New England states likely to follow suit. Again, specific items are more often targeted, but recent states’ actions look to take it farther, with intentions to limit single-use plastics and require more recycled content. On a larger scale, the European Parliament is now moving forward aggressively to ban a variety of single-use plastics by 2021 and require more recycled content by 2025.

The Bulk of Marine Plastic Pollution Stems from Southeast Asia

As well-intentioned as these actions are, they will not address the root cause of ocean pollution—90 percent of which has been traced to 10 rivers, seven of which are in Southeast Asian countries. Certainly, sizable and growing U.S. consumption and manufacture of plastics are part of the problem, as water and detergent bottles and plastic packaging end up as litter in these countries, which is washed into the waterways and then into the ocean.

It has been estimated that anywhere between 8 million to 12 million tons of plastics per year flow into the ocean. Insufficient and inadequate waste management infrastructure and a lack of anti-dumping regulation in these countries result in so much leakage out of the system and into the land and water. However one feels about landfills, and this will come as an anathema to the zero waste folks, a modern U.S. sanitary landfill is a safe repository for plastic waste, and plastics disposal in the U.S. is not the culprit behind ocean pollution. That said, materials recovery facilities (MRFs) around the country are likely to welcome plastic bag bans (the more the better!), given the havoc they cause to MRF machinery. But, dealing with marine plastics pollution is generally not in the wheelhouse of the domestic solid waste industry.

The U.S. Does Have a Plastic Recycling Issue, If Not a Pollution Issue

That said, the U.S. DOES have a plastics recycling issue. With the 2018 Chinese ban on mixed, post-consumer plastic recyclables and pending bans or tighter restrictions in other export markets such as India and Vietnam, plastics, particularly low-value recycled plastics, have piled up. There have been a number of instances of waivers being granted to diversion mandates to allow for the landfilling of plastics recyclables, particularly in the Pacific Northwest, which was more dependent on export markets.

Although there are reasonably robust markets and domestic outlets for HDPE and PET (Nos. 1-2), domestic markets for the lower-value plastics (Nos. 3-7) are tougher to find and there is less processing capacity to handle them. An estimated 65 percent of Nos. 3-7 plastics had been exported to China. This has been exacerbated by the MRFs themselves, which often given their age and current technology, weren’t set up to properly process many plastics, much less the extremely lightweight single-use plastics. As a result, plastics in the recycling stream often end up contaminating other recyclables like fiber bales, or just passing through the MRFs and ending up as residue.

More advanced optical sorters and separation, among other technology enhancements, can increase plastic recovery, and industry publications are increasingly reporting on MRF upgrades, despite the relatively poor economics. The MRF economics are compounded by the fact that the use of virgin plastic is often just cheaper, given the low price of natural gas, and more virgin plastic capacity is forecast to come online in the U.S. Extended producer responsibility requirements, which could serve to create markets and spur processing investment, have largely gone nowhere in the U.S. and look unlikely to on a national basis, while the brand companies have fought them vigorously.

The Bad Optics are Forcing Brands into Action

Traditionally, the viable recyclability of their products was not necessarily the brands’ first priority (as the MRF operators often grouse about), but rather cost and looks. Additionally, single-use plastics have been driven by consumer preference and, particularly when concerning food packaging, have a number of positive environmental benefits, including a potentially lower overall environmental impact when looked at on a total lifecycle basis. But, that’s a whole other discussion. However, the growing backlash is increasingly driving brands into action, with scores of companies announcing goals to reduce plastic waste, packaging or put more recycled content in their products, including ALDI, Starbucks, Walmart, and Nestlé, just to name a few. A consortium of brands, manufacturers, and processors have formed the Alliance to End Plastics Waste to encourage recycling, invest in new recycling technologies and promote recycling and waste management infrastructure in Asia to combat ocean pollution. But, some of the goals look to be somewhat “soft” in nature and a number of years out in most cases.

Redesign and Reuse Efforts and Emerging Technologies Are Beginning to Appear

Many contend that the single-use plastic culture has to change to really solve the plastics problem, and Loop, founded by TerraCycle and several brands, aims to reduce waste by setting up a closed-loop system of reusable packaging that it is piloting in Paris and New York. Logistics and cost issues would seem to be paramount here, as Loop will provide pickup and cleaning, much less consumer appetite for the idea.

Increasingly, there is also talk of using chemical recycling technologies for difficult-to-recycle plastics, such as Renewlogy’s, which just partnered with the Phoenix Public Works Department. But, as with all new technologies, economics and scalability must be demonstrated. In the meantime, the number of more traditional recycled plastics processors are expanding and trying to take more types of plastic and mixed plastics, like EFS-Plastics, Merlin Plastics and KW Plastics. And of course, as we have previously written, several Chinese companies are investing in plastic processing in the U.S. to pelletize plastic recyclables, which still can be exported to China.